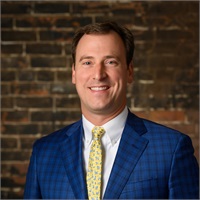 Chris was raised in Frankfort, KY. Upon graduating in 1999 from Hanover College with a Bachelor of Science in Business and minor in Economics, Chris went to work for Hilliard Lyons. Chris joined Tommy Kessinger in 2003 and later formed The Kessinger Lee Group in 2012. He holds the FINRA Series 7, 63 and 65 registrations and has over 20 years experience as a Financial Advisor.

In the community, Chris is an elder at Tates Creek Presbyterian Church and board member to Campus Outreach Lexington.

Chris and his wife, Marte, have four children. in his free time he enjoys playing golf, basketball and coaching and playing soccer.